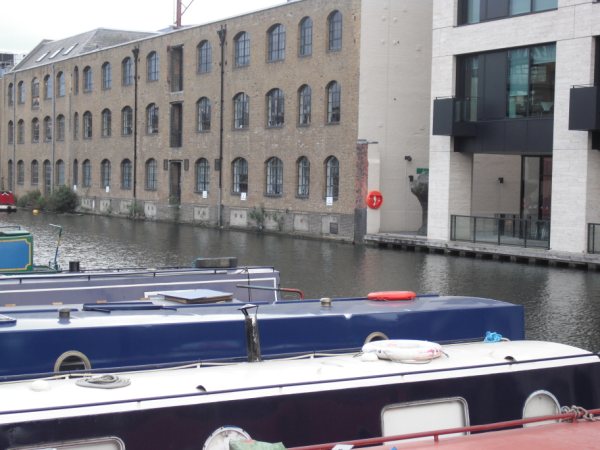 As my previous post said, I have moved onto a canal boat. I have been on board a week so far and it has been very different, a lot of fun and - at times - extremely vexing.
Moving house is always a royal pain and the unpacking just as much - you can't find anything and you come home each evenig from work to a whole evening's work of wandering around finding that the place where the thing from box A needs to go is cluttered with boxes B and C and things in box B and C need to go where boxes E and F are stacked up, so on and so forth. Imagine that in a space 58x7ft. Chaos.
The boat was also really cold the first week. It had been empty a month, so the cold & damp had claimed squatters rights. Plus the wood/coal burner was missing a pane of glass and I couldn't get the new one in place due to a bolt which had become fused to the bolt I needed to take off first. And the timer on the electric heater failed the first two mornings (human error).
The whole idea of renting this boat was to test a long-held romantic notion of life on the water and see if I might buy my own one day, but by Friday night I hated it and thought I had made a massive mistake (as predicted by many friends and acquaintances in recent months).
But, Dad's lovely friends Alex & Gavin visited on Saturday and fixed the burner (Alex) and taught me to make a good fire (Gavin). I have spent the rest of the weekend as snug as a bug in a...boat - and unpacking. There will be more challenges - today I clambered down the side of the boat to fill up the water tank and tomorrow the fuel boat arrives so I need to make sure I don't miss the ;ast delivery of gas & coal until after Christmas - but right now I am back in romantic boat loving mode.
I'm moored just behind Kings Cross, so pop in if you're in the area xxx 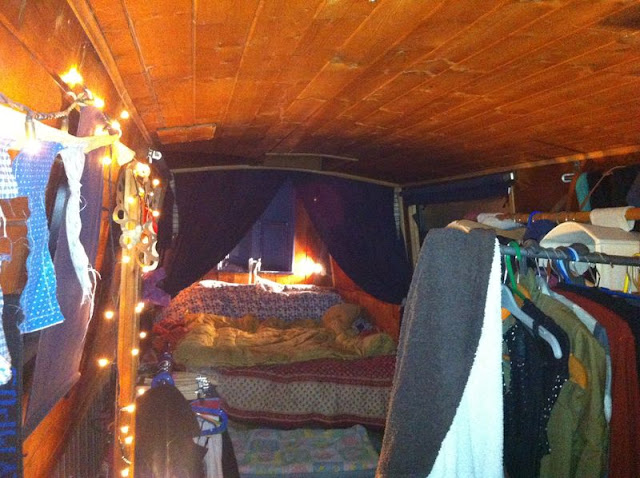 For these two photos I am standing in the middle of the boat where the bathroom is. Above is the front of the boat, where my bed is. There is a window/door above the bed to get out to the very front of the boat.
Below is looking over the back of the sofa into the kitchen and the 'front' door where I come in and out. Behind the front door is the engine room and steps out to the wharf. You can see my cat Sasha on the kitchen floor. 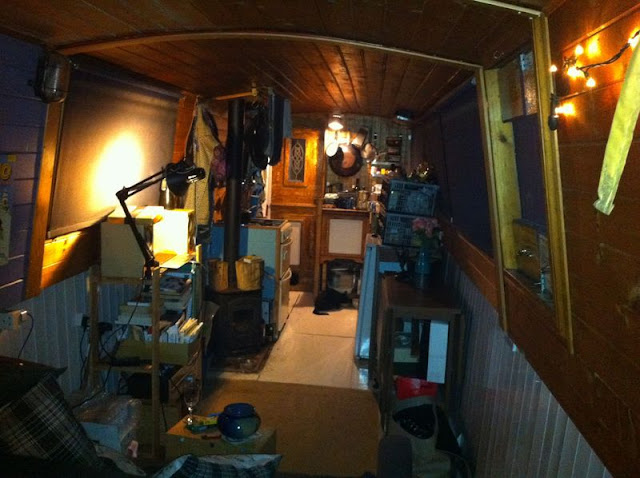 This last picture was taken by Mr Alex 'Hero' Galli just after he fixed the burner. You can see how happy I was. 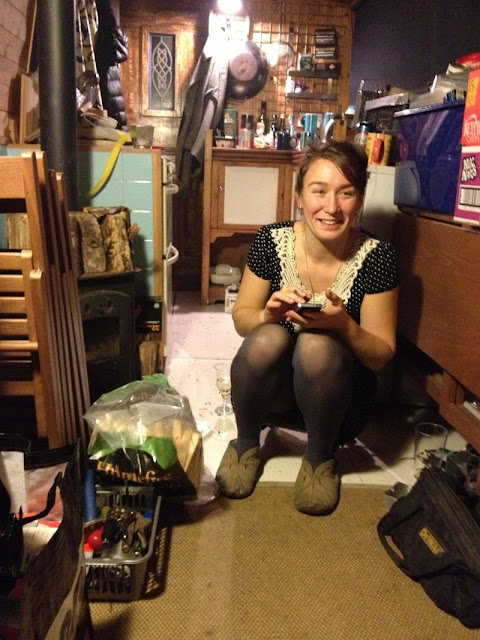 I had no idea that you were moving into a canal boat! You are adventurous ! No wonder you didn't want the wing armchair !Hooray for Gavin and Alex fixing the heating! I daresay that you haven't a POSTAL address..... Lol Granny and Grandpa.
Posted by: Jenifer Keeling | December 10, 2012 at 01:00 PM

Wow! It looks very cosy and I hope it proves a great success and everything you hope for. I've arranged to collec the armchair and little table from Carolyn, so that is in hand. Tom

Posted by: Tom the older | December 10, 2012 at 10:24 AM
Posted Sunday, December 09, 2012
Email ThisBlogThis!Share to TwitterShare to FacebookShare to Pinterest
Labels: Ruth's posts