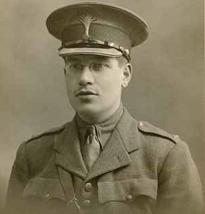 Or is that Arthur Godfrey Fossett Gibbs?

Altogether there were 247,061 officers in the British army in World War I; 164,255 survived.  There were probably a good deal less who survived three years. Arthur Gibbs did not shirk his duty. He could not even shelter behind his bath because some other lucky chap was carrying it.

So he was very lucky. But why was he never promoted?
And oddly he remained a lieutenant all that time (1) when officers were famously dying like flies, . (What was the life expectancy of a junior officer?) I have only found one point in his letters (p 207) where he ever sounds disgruntled. He wrote: "Perhaps it is just as well that I don’t write much on those occasions: if I did you might get permanent depression from reading what I should write, and I might be court-martialled for writing exactly what I thought about the staff and all their work."

But I reckon he told the staff what he thought of them and all their evil stupid work and the grand children of Queen Victoria, the Russian tsar, the German kaiser and the English king were evil and stupid (2). What cousins would slaughter their friends and countrymen for a ridiculous theory of attrition?

So he never got promoted. My opinion of the Gibbs branch has up-ticked enormously. They make the Keeling lot look like pussies.

Arthur Gibbs knew and did what was right, even when everybody was against him.  I followed his example all my life. I'm very proud and pleased that I have found a new hero and that he's my grandfather.

Here's the plate he somehow gave me after he died. I suppose that is something heroes can do. Cool. 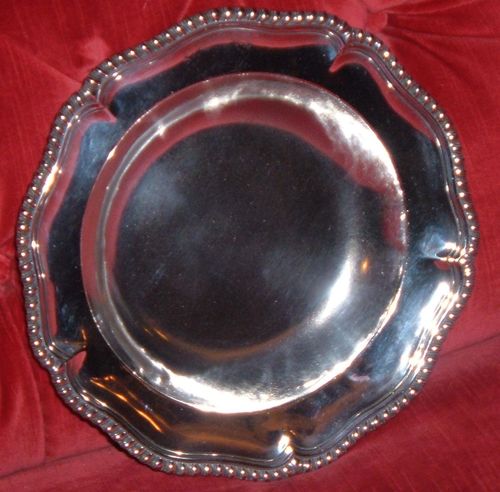 Robert and Trevor have or had similar plates to these.

I will give mine to whoever of AGB's descendants does as well as him. I might have to leave one of you to be the judge.

Notes
1) Brave Lucky Boy Arthur Gibbs was temporarily promoted to Captain for four weeks, then demoted. He was quite annoyed about that. (p 393 of the letters, he was sort of promoted Aug 16 1918)

2) From 'The Better Angels of our Nature' by Steven Pinker & Wikipedia. The Flynn effect the substantial and long-sustained increase in both fluid and crystallized intelligence test scores measured in many parts of the world from roughly 1930: "If a teenager now went back to 1910, he or she would have an IQ of 130". Reversing that, the Russian tsar, the German kaiser and the English king as measured now would have IQ's of about 70. They would have to be kept in special care.

Comment
My own take is this – an educated guess and no more:
1) Survival: I am nor sure one can approach the likelihood or otherwise of survival of an individual purely on a statistical basis. There will have been plenty of lieutenants who were on active service in France who had relatively safe jobs, such as ‘embarkation officers’, lieutenants in charge of transport animals, and those in the artillery to take some examples. In Arthur’s case I believe that his job in charge of the proppers, repairing trenches night in night out, was undoubtedly dangerous – the march up to the front line was itself hazardous and being in the front line trenches in need of repair must have had its own separate hazards in addition to the normal ones of sniper and artillery fire. However, I would expect an analysis to show that his job was relatively safer than that of his colleagues who had to lead reconnaissance missions into no man’s land and also assaults ‘over the top’. If one looks at the History of the Welsh Guards by Dudley Ward one sees that most of his contemporaries in the Battalion were very severely wounded or killed in the typical manner of the slaughter – shrapnel from high explosive and whilst carrying out some form of reconnaissance or assault.

2) the lack of promotion (he would have started as 2nd Lieutenant and been promoted to full Lieutenant) I think reflects the size of the body of men under his direct command. Therefore, insofar as he continued to do the same job of commanding the proppers on their nightly visits to repair the trenches, promotion was not going to come his way. Also, presumably, there would have been an expected quota of 2nd Lts., Lts., and Captains within a Battalion. I cannot recall the circumstances of his temporary promotion to Captain, but it often happened when there was simply a shortage of survivors to occupy the relevant quota.