I visited Mum's grave a few times while staying at Jacobs 18-25 July. It is still a body sized mound covered in turf as it was immediately after the funeral on May 2. Bouquets from the funeral are still at both ends looking rather like tangled hair. On my second visit I tried to plant some flowers from the garden on the mound. Martin gave me some instructions which included dead heading. They are also rather hairy looking ones with a few small pink flowers. They come from the circular flowerbed between the house and the dell. A gravestone will soon be added but that has to wait until the grave has settled or it will fall over.

While I was there I also updated the graveyard map.

(Sir) John Henry Keeling & Dorothy May Keeling
Walk down the path on the left of the church, continue straight on after it turns right over some grass and continue between some very old graves. The gravestone is just after the next path you come to. The gravestone is lying down and could do with a scraping. Modestly, the knighthood is not mentioned on the grave.

Mum and Dad *
From there you would turn left and walk straight along the path at the back of the cemetery until it meets the path from the Lychgate. Then walk the same distance again and Mum and Dad's grave is just before a little tree.

Johnny and Jocelyn *
Johnny was my uncle and his grave is at the back of the churchyard, three rows behind Mum's and with a very smart standing gravestone which does mention that he had a DFC (Distinguished Flying Cross). Jocelyn was his wife.

I have walked in 40 minutes from Jacobs via the park field, Hurst lane, Churchland lane, then right after Killingan wood across some fields. You can enter the cemetery by Jacobs gate, apparently so called because the people from Jacobs always walked that way to church. 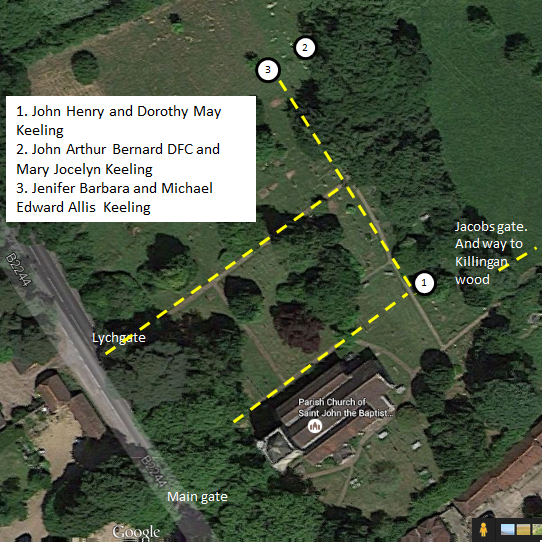 Comments
It was a particular wish of Uncle Johnnie to have the DFC on his gravestone. Although a remarkably modest man, he was very proud of his medal.
Somewhere in the graveyard my other grandmother, Mary Wenham's, ashes were buried. I think i could find it and must look on my next visit.
Posted by: Nick Crean | June 01, 2016 at 11:35 AM

George, great map etc. When I was at Jacobs in early June with Arthur he led an expedition to Mum's grave and I took an edging iron from the potting shed and cut back the grass and earth from Granny and Grandpa's gravestone. The Petri brothers had brought its overgrown condition to my attention after Mum's burial. When I was doing the cutting back I noticed that after Grandpa's name there is Kt (I think) so perhaps that is the nod to his title? I agree that the inscriptions on the stone needed a bit of sharpening up. Maybe a job for my next visit?? Tom 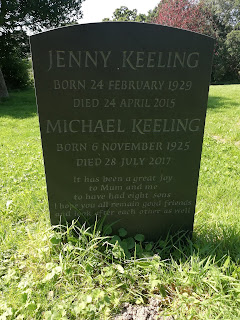 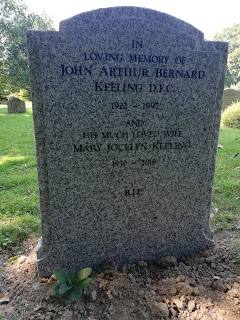 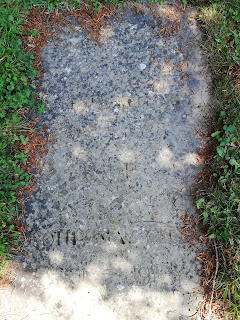 There is a rather morbid graves website where photos of the grave stones may also be seen.
Posted Saturday, July 25, 2015
Email ThisBlogThis!Share to TwitterShare to FacebookShare to Pinterest
Labels: Births Marriages Deaths, George's posts