The weekend properly started on Saturday with lunch and games at Jacobs which is almost finished and is looking spanking new. There was a great turn out - nearly 50 people - it was lovely to see all the relatives and catch up and get to know them better. 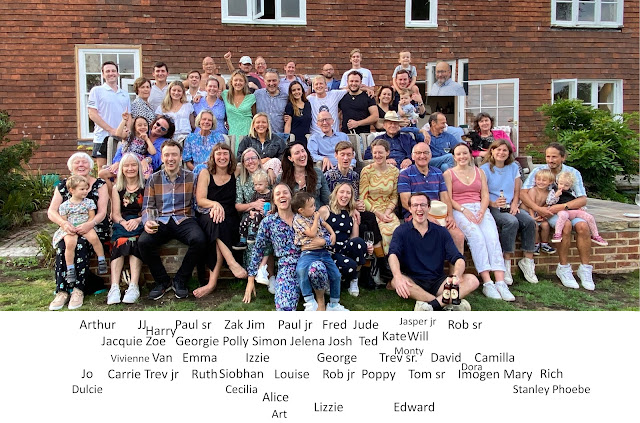 After lunch there was bicycle polo on the rather battered lawn followed by water melon water polo which worked out better this year without any melons getting smashed.
On Sunday the cricket match officially began at 11.30 at the very swanky Polegrove cricket ground almost on the seafront in Bexhill. It was about the most exciting cricket match I ever saw. Sedlescombe batted first. As lunchtime approached there last two batsmen made a stand of 33 which delayed lunch and took them to 111. It seemed like an achievable total to beat. Our innings started after lunch. Josh got 27 runs and Ted 24 and we were heading in the right direction. Then our star man JJ came in and was out for 4. And the runs slightly dried up for us. Paul got 12 and then we only we only had three batters left: Fred who was hitting them up and Tom at number 11 and Simon who came in to join Fred when the score was 110 runs to us. Simon was out for a duck! Tom came in. I could barely look. Tom survived a ball then Fred was facing and he hit a four. It was over, we had won. 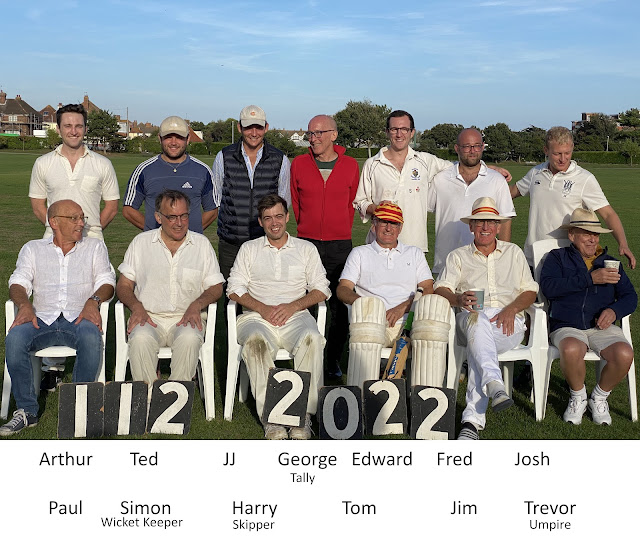 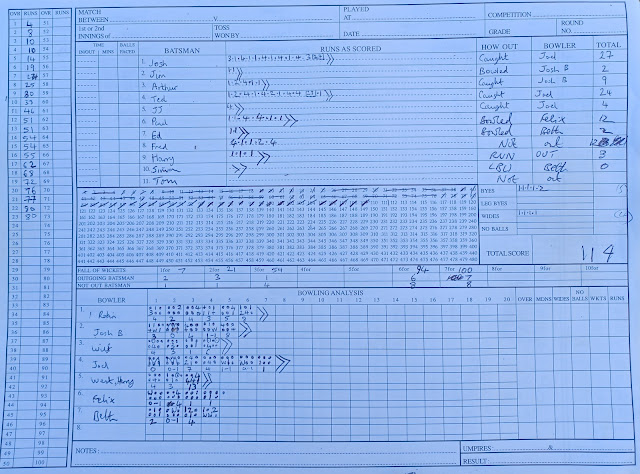 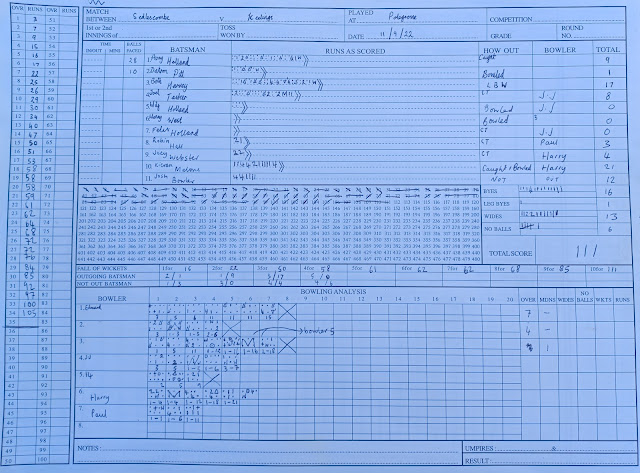